A long time ago, I created the playlist Angel: Spotify Archive; my plan was to have both the Buffy and Angel soundtracks available to all the Buffyverse fans who were Spotify users. The first was completed, and was a large success, it continues to gain subscribers every week. The other, although similarly named, did not gain the attention it deserved. There are a few reasons for this.

Unlike the Buffy playlist which I had spent a great deal of time creating, I only got round to adding songs from Angel's first season. Coupled with a generic, if not somewhat vague, title like: Angel: Spotify Archive, it hasn't really attracted many people.

Its incompleteness has been gnawing away at me for three years! So, I did a playlist search, and, according to Spotify's search results (which may or may not be accurate..), there still isn't a Spotify archive of music from Joss Whedon's Angel. So I saw to making a few changes to the original playlist:


Patty Griffin, Richard Buckner and Slaid Cleaves are three singer-songwriters that are well respected in the alternative country scene. Often under acoustic accompaniments, all three supply a brand of poetics that strike deep and true into the hearts of the listener. From the rough whiskey-drenched sorrows of Buckner, and Griffin's tender ballads of yesteryear, to the woefully energetic tales told by Cleaves - all three paint darker, slightly more realistic portrayals of American life - portrayals that distinguish themselves from its source material of the country genre, yet nonetheless highlight its roots.

From time to time these artists' musical careers have collided. Both Buckner and Griffin, for example, have collaborated in the past. Together they contributed to the song 'Remember' from the movie 'Dream Boy' (unfortunately this is not available on Spotify). Further still, both provide outstanding tracks for the politically charged compilation '13 Ways to Live', of which both appear in this collection.

One thing Spotify is great for is hunting down one-off tracks from compilation albums, covers from tribute albums, and collaborations amongst other artists' work - tracks which may have gone unheard to a fan in times before music streaming services such as Spotify. What exists in this playlist is a collection of these three offshoots of a musician's career: the cover, the compilation one-off, and the colab.

Though I'm sure there may be disagreement in my three choices of whom I've placed upon the pedestal of "great alt-country artists"; this playlist provides listeners who may be familiar with the three artists' work, with a treasure trove of musical pieces that they may not have heard before. After all, it's all too easy to scan just the albums of a Spotify artist, without dabbling into the 'singles' and 'appears-on' sections. Often this is because siphoning through such sections can be unfulfilling, especially if tracks in compilations are on main releases.

The tracks that appear here are not, at least to my knowledge, featured anywhere else but upon the release.


Open the playlist in Spotify
Tracklisting:

David Lynch's road movie 'Wild at Heart' was the initial inspiration for this playlist.

There's no surfing in the film, but the powerful surf-rock inspired ballad 'Wicked Game', that plays over the radio of a lonesome desert night-drive, fits the mood perfectly.

It propelled me to collect together several other contemporary instrumental surf-rock artists that I know of that fit a similar mood. Artists who weren't afraid of revitalising the surf sound; blending the well-known swathes of gurgling reverb with genres such as progressive metal, country, atmospheric ambient and electronica to expand the boundaries of surf-rock to that of the final frontier itself - space!

In some ways, it's music not for surfing waves, but for scaling sinister lonesome, deserted highways of America's Big Sky country - and, in that vein, I've titled it 'Big Surf'. In many ways it is similar to the uplifting drones and wails found in desert-rock artists such as Kyuss, but with that refreshing underwater sound of the surf.


Open the playlist in Spotify 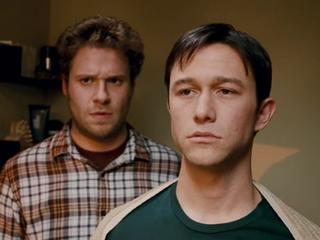 Having recently seen 50/50, I was surprised to find out there was no soundtrack issued by the film company.

I did a search and found a rather comprehensive list by montelutz of the film's soundtrack and at what point each song is played. I did a quick ten minute search and found the majority of the songs on Spotify.


Open the playlist in Spotify

Currently not on spotify:

This post, which shall be updated accordingly from time to time, details my entire list of playlists.

Unfortunately, as of yet, Spotify doesn't allow other users to see one another's playlist folders, and for that reason my public listing isn't entirely alphabetical to the outside observer (a screencap to the right best illustrates this).

My playlists (with hyperlinks to Spotify) can be seen below; headings and subheadings represent the divides of my playlist folders.

Email ThisBlogThis!Share to TwitterShare to FacebookShare to Pinterest
Labels: About the blog


It seems since the playlist's creation, quite a few new tracks have been added to Spotify's music catalogue.

Tracklistings are taken from the Music section of an episode listing on the Buffy the Vampire Slayer and Angel Wikia. They were originally, and shall continue to be for the time-being.

For those interested, I also have an Angel playlist as well: Joss Whedon's "Angel" soundtrack.

Update includes tracks from Season 1 and Season 2 of Buffy the Vampire Slayer:

Tracks still not featured on Spotify:

I have recently been contacted by several Spotify and Facebook users regarding my quite popular Spotify playlist: Buffy the Vampire Slayer: Spotify Archive and as a result it has spurred me into creating a blog for both myself and users which will detail both my creating and editing of public playlists.

First and foremost, I would like to thank everyone for the support they have given in the form of the odd suggestion and largely in their parts in subscribing. Most of my playlists, which now have thousands of subscribers, were initially created solely for myself and my friends in Spotify's earlier days. Certain websites arose where people could share their playlists to wider audiences and I took advantage of Sharemyplaylists, which initially catapulted my earlier playlists into the public eye. However it was the gradual fine-tuning of Spotify's playlist system that attracted the figures I currently have. First came the ability to subscribe to playlists, and later to search for playlists, both of which made my playlists available to even larger audiences.

As a collector and one fond of archiving, I've always had a fascination with creating playlists, so you can imagine my frustration I felt when creating the Buffy playlist to find that many of the tracks were not available on Spotify. Time has gone on, and as Spotify's catalogue has grown exponentially. A time for updates has come!

There are a few reasons then as to why this blog has come about. Primarily it's to explain any updates which I make to my larger playlists, some of which I haven't edited in quite some time. Alongside this, the blog will serve as a platform to explain the thought processes behind some of my more unique playlists which I have created, in the form of small articles. Thirdly, due to Spotify's rather infantile messaging service, the blog will act as an intermediary between the users and myself - which will be available if users see fit to contact me.

I'd very much love to hear from subscribers and passing bloggers, so if any of you have any suggestions, queries, or compliments, please feel free to leave a comment. To quote the ethos of Spotify: ''music brings people together'' - so keep listening and sharing music-lovers.

Email ThisBlogThis!Share to TwitterShare to FacebookShare to Pinterest
Labels: About the blog
Home
Subscribe to: Posts (Atom)